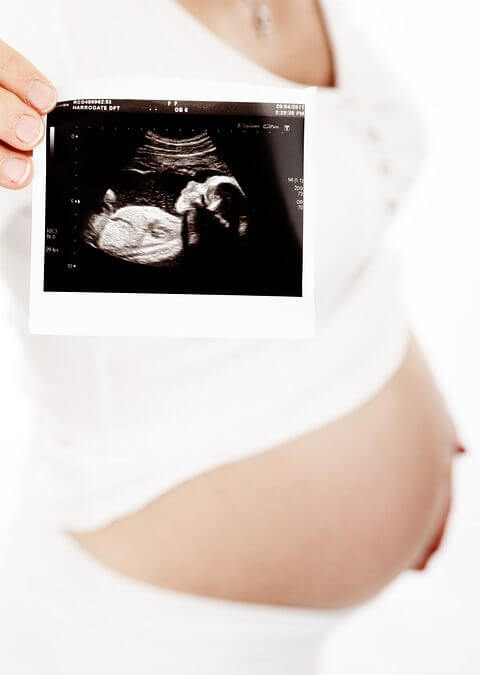 Woman holding ultrasound that would be a perfect candidate for a highly-accurate gender prediction. 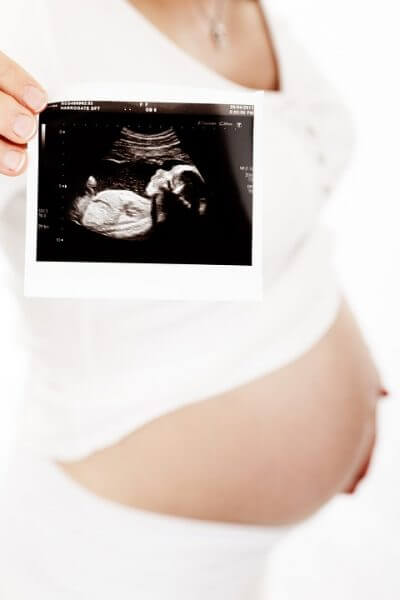 This infamous ultrasound scan method is usually used early in gestation. Why? Well, it can be difficult to find all the important markers of a viable pregnancy via abdominal scan when the pregnancy has just begun. Now, many offices vary on when the first ultrasound appointment will be. Some offices require it be within the first eight weeks, while others take a little longer to get patients in for their first scan. Usually, if you’re getting an ultrasound scan taken within the first 8 weeks, you can expect to have a transvaginal scan done. Sometimes your office may try abdominal first, to avoid the slight discomfort of a transvaginal scan. But if it’s still difficult to view the necessary components of a healthy pregnancy, they’ll resort to the transvaginal scan.

The transvaginal scan is taken with a transducer (wand-like tool), which is inserted into the vagina. This transducer emits sound waves that bounce off of the organs, and transfers the image onto the screen. This form of ultrasound scan is obviously more invasive than an abdominal scan, but it is a necessary method when the pregnancy is difficult to see via abdominal scan. That’s why it’s usually a necessary method within the first eight weeks or so.

With this form of ultrasound scan being more…intimate, does that mean it’s better for predicting gender than an abdominal scan? Well, let’s look at abdominal scans.

This form of ultrasound scan is taken over the belly. This is one that you are probably more familiar with, as it’s the method that’s portrayed in most movies and television shows. This scan is more popular with expecting mothers, as they don’t have to undergo the more invasive method. Just like trasvaginal scans, abdominal scans form pictures the same way. It emits soundwaves that bounce off of the organs, to produce the picture we see. So basically, both methods of ultrasound scans produce the same picture.

This scan is usually used after eight weeks. That’s because the forming fetus is easier to see. Some offices may have different protocol, but abdominal scans can usually be expected past eight weeks.

Which Scan is Better?

So with all this in mind, which form of ultrasound scan is better for predicting your baby’s gender? Well, really, neither. Both will get the job done. Both form the same exact picture, just through a different method of obtaining it, so one picture is no different from the other. Many do wonder what the differences are that a mirrored image could make. Sometimes, ultrasound scans are actually a mirrored image. This depends on a plethora of different reasons, and it isn’t as black and white as many believe it is. The common theory is that transvaginal ultrasound scans are mirrored, and abdominal ultrasound scans aren’t. But it’s not that simple. That’s why it’s important to get gender predictions from specialists. The differences between a mirrored image and regular image could completely change the prediction, making it incorrect, so it’s important for the person creating the prediction to be able to decipher between mirrored and regular images. That’s why we offer gender predictions, we’ve studied the differences, and specialize in providing predictions.

So transvaginal or abdominal, it truly does not matter. As long as you provide a clear shot of the necessary gender markers (Ramzi – head, Nub – genital tubercles, Skull – skull), gender prediction theories can be analyzed and conducted. There is no difference between abdominal or transvaginal gender predictions!